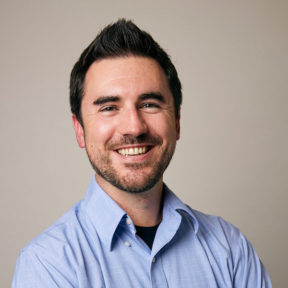 In this role, he works with 8th Light’s designers, running discovery efforts and defining the features needed to deliver, in addition to breaking this work into critical paths, estimating the efforts, and managing the workflows of his four-person team.

While working with one of 8th Light’s clients, a B2B startup in the travel industry, Mike spent three years as their de facto CTO. He eventually helped pitch their application to potential buyers before it was successfully acquired. When Mike joined the project the app had a few dozen users, and his efforts helped the platform scale to support several thousand paid users, in addition to eight white-label versions.

In addition to his work as project manager, Mike has experience working with a variety of programming languages and technologies, including: AWS, iOS, Android, Java, Javascript, Angular, Typescript, and Clojure.

Mike received his Bachelors in communications and economics from Northwestern University and his Master’s Degree in applied technology from DePaul University.

SOFTWARE PRODUCT
The Case for Rethinking Everything
Mike Danaher   September 30, 2022