So, You Want to Be an Agile Functional Manager?

One of the most prevalent fears for managers in an organization going through agile transformation lies in the uncertainty of their new role. Agile advocates for self-managed, cross-functional, and multidisciplinary teams. What does that mean for functional managers?

What does a functional manager do in a traditional organization? Consider a typical waterfall software development model: 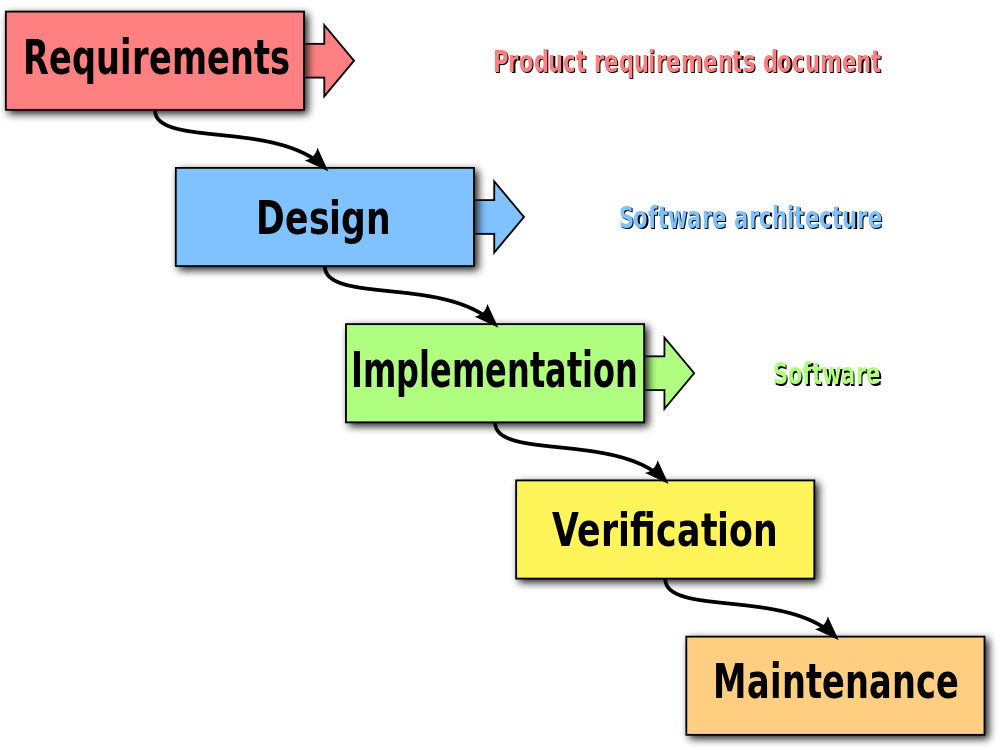 According to this model, organization is naturally divided into teams defined by functional roles. For example, there may be a business analyst team that gathers business requirements, a software engineering team that implements, a quality assurance team that verifies, and an operations team that maintains.

A functional manager within this organization is likely to develop certain tendencies due to the circumstances.

A functional manager is often coerced into becoming a business liaison of sort that spends all of her time resolving resource contention across multiple business or service lines. This is a difficult spot to be in as each project can come from a different place with its own set of business stakeholders, value, risk, and priority.

In large waterfall projects, information flow can become stagnant; objectives and constraints opaque between functional teams. A functional manager and her team may develop a silo mentality that compete rather than collaborate with other functional teams.

For example, a software engineering manager may decide to optimize her team to deliver as many features as quickly as possible, while the quality assurance manager may evaluate her team based on number of defects detected post-release. One team is incentivized to increase risk-taking, and the other to minimize.

Agile is characterized by strong business collaboration and collective ownership. Cross-functional teams are formed to align on common business objectives rather than technical functions, which allows one product owner to make prioritization decisions instead of decision-making by committee with multiple functional managers and business stakeholders.

Agile teams are held accountable for end-to-end project delivery, and so the teams are incentivized to focus on overall performance improvement rather than a single functional aspect.

In short, what agile suggests is to transfer prioritization decisions to product owners, and delivery accountability to teams. Two major responsibilities previously held by functional managers in a traditional organization.

What then should the functional managers do?

A functional manager is generally someone who was an exceptional individual contributor in their functional role. In an agile organization, a functional manager could work on leveling up a functional skill set across all cross-functional teams. For example, an operations manager who excels in infrastructure automation can focus on creating better tools and training teams on best practices.

Cross-functional teams also present the challenges of maintaining and sharing functional knowledge across the organization. Functional managers can help with that by organizing communities of practices, or chapters and guilds if you prefer the Spotify model, that encourage members from different cross-functional teams to share knowledge through regular meetings, and raise the bar in their area of expertise.

Some functional managers may have years of experience in mentoring their direct reports, and so could be shifted to a pure people manager role. They can leverage their career experience to coach employees through one-on-one, performance appraisal, envisioning career goals, and taking care of other "people operations" responsibilities.

Many functional managers went into management because there were no other viable career paths. This could be a good opportunity to revisit your job architecture and carve out alternative paths.

A functional manager who has had extensive experience working as a business liaison for engineering teams may have enough business domain knowledge to be a strong product owner. As a bonus, she will also bring along deep technical knowledge, and experience to effectively communicate with the technical staff.

High-performing individual contributor roles such as staff engineer, principal engineer, and technical fellow could also be an option for functional manager who would like to continue to build on their functional expertise.

Agile transformation is a significant change that can have real, lasting impact on the careers of many. As we uncover better ways of developing software, we should be mindful of the organizational changes we are introducing, and take advantage of the existing talent and experience within the organization we work with.

More Posts by This Author